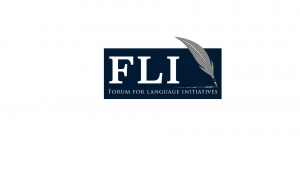 Whether you use the old winding road up the high Lowari Pass or drive through the new tunnel, the first communities you come across entering Chitral by road are the Palula. They inhabit the Ashret and Biori Valleys, and are by tradition considered the gatekeepers of Chitral. Palula is related to Shina, and is widely used and understood in most communities between Lowari and the small town Drosh. In recent years, a written form of the language has been developed and is being used in a small but growing body of local literature and educational materials.

The main livelihood of people in the area is small-scale agriculture, but since land is scarce many people see a need to migrate, either for seasonal work or on a more permanent basis. A few people run small businesses, such as shops or local transportation, and there are also a few government servants. Although more so in the past, quite a few people rear goats and sheep, often in addition to farming, and a number of people are involved in logging or selling of wood. Locally produced dried fruit, walnuts and vegetables are another supplementary source of income.

Although minimal, the Palula community has been accustomed to using all available land and other resources economically. Generally they have a positive but careful attitude towards development and influences from outside their own valleys. They have a rich heritage in the form of oral history, traditions and sayings.