“I assure FLI and its partners in Gilgit-Baltistan (GB) who have devoted their lives to work for the development of indigenous languages of GB my full support and every assistance in the GB Assembly”, this was stated by the opposition leader in GB Legislative Assembly, Capt. (r) Muhammad Shafi while speaking in a seminar FLI held on Feb 21, to mark International Mother Language Day (IMLD 2019) in Gilgit. FLI  decided to observe the IMLD) 2019 in Gilgit so as to gather the speakers of indigenous languages of Gilgit-Baltistan and discuss what they feel for the future of their heritage languages. Mr. Shafi appreciated FLI’s efforts especially to hold the event in the Gilgit city. There are five languages vigorously spoken in GB and the good thing is that the sitting government of GB is pursuing a futuristic plan to develop these languages.  Some good minds in the executive hierarchy of the government have been deputed with the task to include local languages in the schools curriculum. FLI is eagerly waiting for the initiation of this great work by the GB government and it has assured its full technical support to successfully implement the plans of the government. The aim of observing of year’s IMLD was also to reaffirm FLI’s resolve to not only work with the government but also with language communities of the region. All languages were represented in the event. Eight literary people who belonged to Shina, Balti, Khowar, Burushaski and Wakhi languages and one from the academia while two government officials gave presentations on the current status of the language work, the challenges they encounter and opportunities in sight. The event was a great success as it gathered all the genuine language workers at one place and linked them with politicians and government officials. While speaking on the occasion Hasan Hasrat, a literary personality of Balti language thanked FLI for holding the event in Gilgit and said that the event has never been observed by any organization or government in GB. 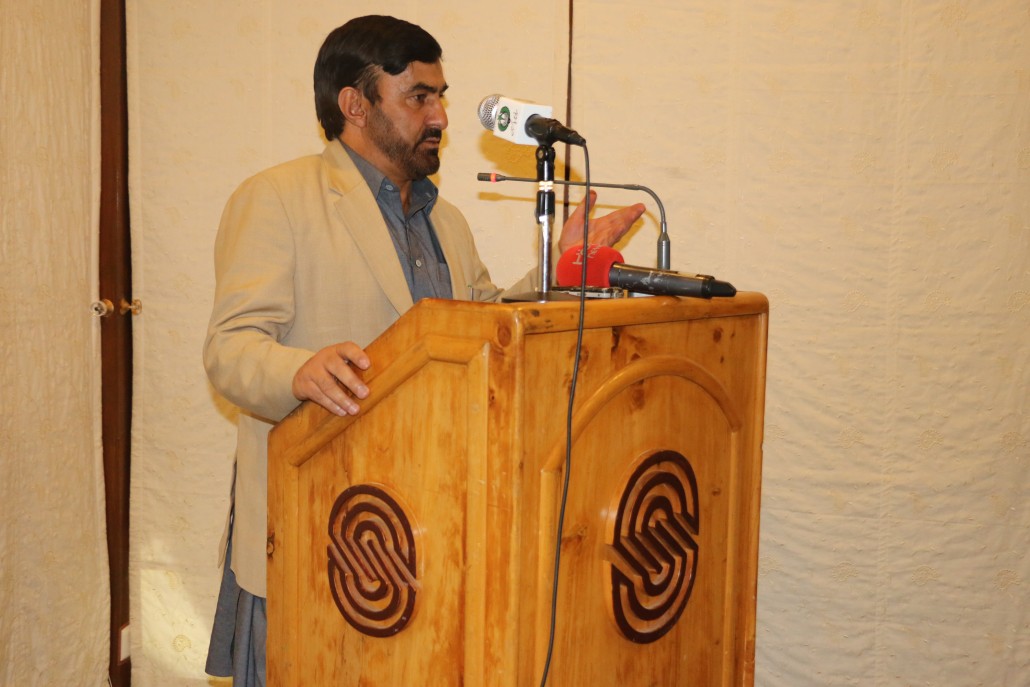